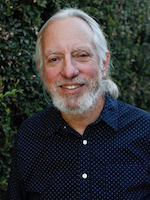 For demonstrating vision and foresight in the use of emerging technologies; for developing innovative strategies and solutions in support of teaching, learning, and research; for encouraging and engaging others in a spirit of strengthening the IT profession

The 2022 EDUCAUSE Leadership Award recognizes Michael Berman, former Chief Information Officer at California State University (CSU), for his wide-ranging efforts to champion human-focused innovation and influence technology growth throughout his career. Michael’s contributions showcase his expansive vision, creative energy, and deep understanding of the strategic importance of technology in higher education, as well as his commitment to the professional growth of others in the IT profession.

Throughout his career, Michael has been on the leading edge of higher education technologies and innovation. In his early career at Rowan University, Michael received NSF funding to connect the university to the internet in the days before the World Wide Web and created a campus‐wide ethernet. At Cal Poly Pomona, he brought live, low-cost video streaming into production well before YouTube. In 2002 he participated in a multi‐campus cybersecurity grant that was the direct impetus for the now-thriving cybersecurity education programs at CSU San Bernardino and Cal Poly Pomona. At the Art Center College of Design, he was an early advocate of 3D printing and scanning technologies, and at CSU Channel Islands, he established a transformational strategy to enable the expansion of online and blended learning options for students and sponsored the launch of Open CI, which greatly increased the adoption of Open Educational Resources.

When innovation was identified as a key priority during a CSU systemwide strategic planning cycle, Michael was a natural choice to serve as the system’s inaugural Chief Innovation Officer in 2017. In this role, he accelerated CSU’s cloud adoption and launched a program to support innovative projects at the campus level. When Michael advanced to become the system’s Chief Information Officer shortly before the COVID-19 pandemic, he supported campuses to distribute thousands of devices and hotspots, championed a research effort with EDUCAUSE to study the impact of the pandemic on student technology and device access, and helped launch an initiative to provide all incoming students with modern personal technology.

Michael is a staunch leader of diversity, equity, and inclusion efforts in the higher education IT profession, providing support at the organizational and national levels as an ally and advocate. Beyond his highly visible role as the CIO of a major state system, he has had a large sphere of influence as an ever-present source of support, advice, and encouragement to others seeking to advance their careers. As one colleague observed, “Michael has had a huge impact on our community in a quiet, behind-the-scenes way you may only hear about if you happen to ask one of the many, many people who have benefitted from his guidance about who helped them grow.”

Michael is passionate in his servant leadership and can always be counted on to lead with compassion and empathy both in his own organization and throughout the higher education community. From 2011 until mid-2022, he was a board member for CENIC (the nonprofit Corporation for Education Network Initiatives in California). He served as a board member for the New Media Consortium and on several advisory boards. Similarly, his influence and impact has been evident throughout the EDUCAUSE community.

Over his career he has contributed multiple EDUCAUSE Review publications, with topics ranging from technical issues to policy making to research computing. He served on the EDUCAUSE Board of Directors from 2019 to 2020 and has been a member of several program and planning committees for EDUCAUSE conferences. His numerous conference presentations have covered topics as diverse as identity access management, CIO leadership, the future of technology, innovation strategies, and student success. And his influence in the association has been evident through his ever‐helpful presence on EDUCAUSE mailing lists and community groups and as a mentor, ally, and friend to colleagues at all levels and on a variety of career paths.

Michael considers himself an educator first and a technologist second. While enthusiastic about technology’s potential, he has also been an advocate for a focus on human-centered and student-centered technology. He has developed a critical outlook to the adoption of new technology that encourages an honest inquiry into the impact of technology on people, and discourages the use of technologies that dehumanize, re-enforce bias, and increase inequity.

Over the span of his career, Michael Berman has been on the forefront of educational innovation and has led with vision, clarity, and creativity. Through his mentorship, guidance, and support of colleagues on their career paths, he has inspired others and helped to build future leaders and a more promising outlook for the IT profession.